“Inanch London Backstage at LFW A/W2019” Get The Look. 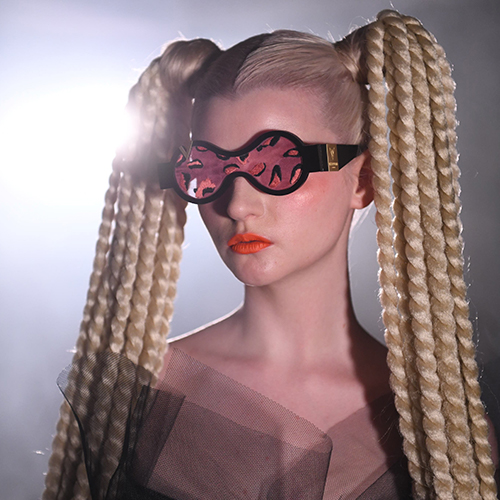 Led by our Creative Director, Inanch Emir, the Inanch London team worked on two fabulous on-schedule London Fashion Week shows this women’s season. Below is a breakdown of the looks and a peek at the backstage action.

The look the Victor Wong creative team and key artist Inanch Emir wanted to create was a striking look to match their unique LFW A/W2019 collection.

Inanch began by prepping the hair and for this, the team worked with a light texturizer styling crème. This was to give hold whilst leaving a lovely healthy sheen.
The hair was then pulled into tight bunches and smoothed to perfection using our Gold Class Dream Brush.

Once in place, the Inanch London team secured extra long twirled hairpieces to each side, creating an almost dreadlock-like look. The model’s natural hair was wrapped around the base of the bunch with skillfully hidden hairpins, adding drama and volume.

To complete finish, Gold Class Argan Oil was added to deal with any flyaways around the neckline and face making for a perfectly sleek look.

Featuring an ensemble cast of characters, the SOS Pantomime is finding out who is behind who. Therefore the Steve O Smith creative team and Key Artist, Inanch Emir wanted to create a look that was shiny and sleek but working to each model’s character.

The main look for the show was based around Marcel waves. To prep the hair, the Inanch London Team worked with a mousse to get a wet look with a stronghold.

The front section of the hair was separated and using section clips the Marcel waves were created. The back was tucked and secured using skilfully placed bobby pins with the whole look left to set.

Once set, the section clips were removed, Gold Class Argan Oil was added to amp up the shine with a major spritz of hairspray to keep everything in place.

For longer styles, the hair was brushed into place using the Gold Class Dream Brush and straightened with GHD irons to create a mirror shine. Once Steve O Smith’s stunning hats had been applied, the team adjusted the hair, tensing locks to sit perfectly under their headpieces.